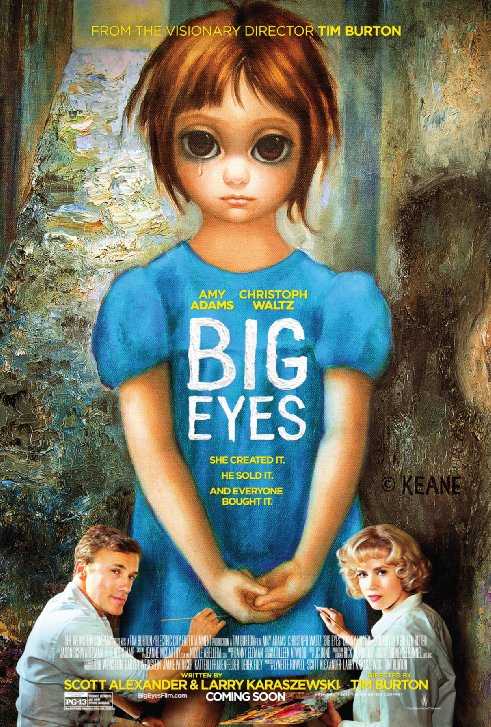 Based on a true story, Big Eyes tells about the marriage of Walter and Margaret Keane. Margaret would have become famous in the 1950s for her portraits of children with absurdly big eyes (thus the film’s title) that became almost ubiquitous through their many reproductions in the 1960s. The only obstacle? Her husband, Walter, signed his name on her paintings and took credit for all of them. Thus, she went unrecognized for years before finally claiming her status as the true artist. The resulting battle between husband and wife led to the dissolution of their marriage and a case in civil court.

Burton hasn’t worked with any of these actors before, and the tone of the preview certainly makes it seem like this film will veer far away from the absurdist, macabre style he’s known for. However, that’s definitely not a bad thing, given that his recent films have seemed to rely less on a good story than they have on good visuals. With the acting talent Burton has brought in for this film, it certainly will be kept entertaining, too. There’s a reason this film is already getting Oscar buzz.

And lastly, Burton has a personal reason to make sure this film is stunning: he has collected Keane’s artwork for years and even commissioned her for a portrait in the 1990s.

To find out more about Margaret Keane, check out her online gallery.