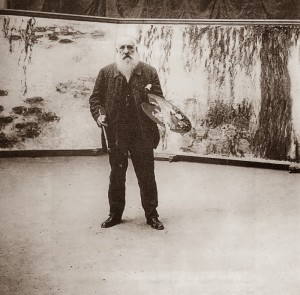 Eminent for his impressionist pieces featuring brilliant water lilies, colorful gardens and epic landscapes, Claude Monet was an artist whose name is recognized around the world.

On the 12th of this month, Monet would have celebrated his 172nd birthday. So, in honor of the founder of French impressionist painting, we would like to take the time to discuss some interesting facts that you may not know about Claude Monet.

Wikianswers states that over the course of his life, Monet had painted more than 2,000 paintings, but it’s hard to determine the exact number because there are still works that haven’t been discovered.

From “Luncheon on the Grass,” to “Garden Pathway to Giverny,” to “Water Lilies” (1916), there is no argument that Monet was a creative painter and furthermore artist. Even 86 years after his death, Monet’s works are still displayed in distinguished art galleries all over the world, such as The Museum of Modern Art in New York City.

The Art Docent Program incorporates lessons for students that feature introductions to Monet and his work in Grade 3: Landscapes and Grade 6: Impressionism.