You probably haven’t heard of Spiral Bound, a documentary premiering today in Charlotte, North Carolina, but you should! Featuring school students, teachers and administrators from Charlotte, and sponsored by The Arts & Science Council, the film addresses the need for arts education in schools to help curb dropout rates and promote social causes. From the film’s webpage:

Spiral Bound is a documentary about the unlikely union of eight creative high school students from a youth development program and a group of liberal arts college students over the course of one summer. Together, these education activists are seeking social justice not only in the public school system but also in the higher education arena. On this journey, both groups learn the power of the arts in giving a voice to those who need it the most, including themselves. From the inner city streets of Charlotte and the quaint college town of Davidson to the bustling steps of the U.S. Capitol, these young people stand together to change the face of education through their courageous narratives.

The film speaks to the disparity in different school districts’ financial powers and shows how courageous administrators have come up with ways to encourage disadvantaged students to succeed through art, rather than give up on the school system.

You can check out the preview here:

We’ve always believed that the arts truly are an essential part of a student’s education, and as this documentary shows, they can ultimately empower kids to make change in the world. In California, where we’re based, the arts have faced a battering in public schools, with half of the already limited budget for arts getting cut just this year.

For more information on this new film, as well as how to get a screening in your own area, click on the image below. 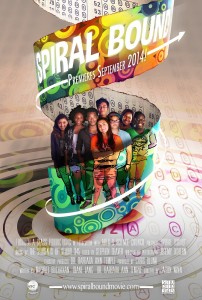