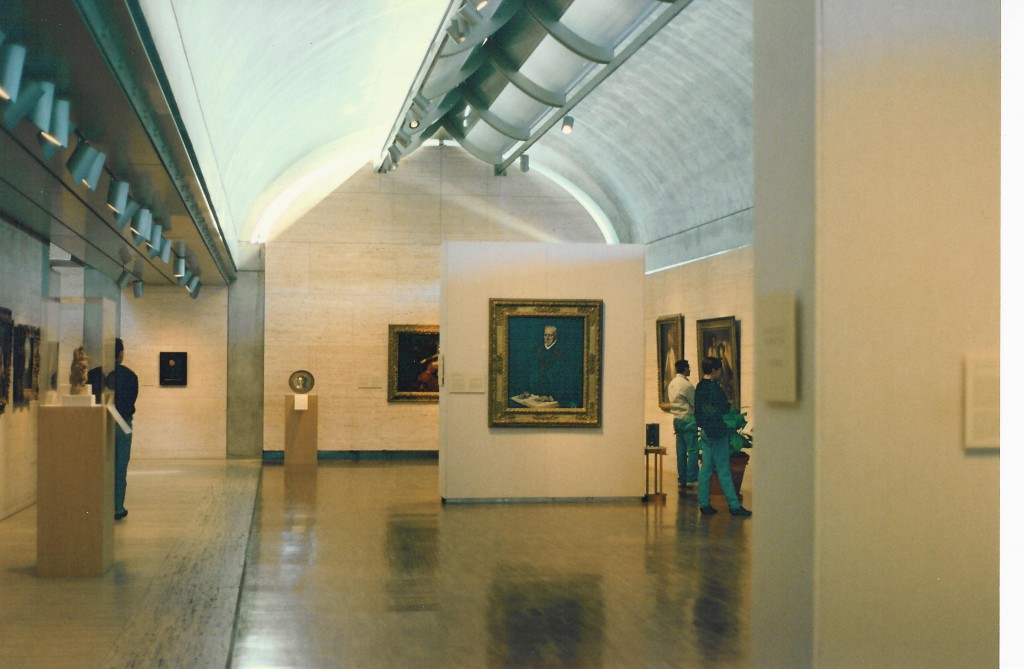 The job of a museum curator is undoubtedly an important one in the art world — and one of the most hectic. As websites and Facebook pages make artists more known than ever before, all around the globe, curators have become busier than ever. But it’s hard to deny the idea that becoming an international curator constantly flying around to procure new artwork also seems like a whole bunch of fun.

So that’s it. That’s your career path. Well, hold up, kiddo, ’cause there’s a few things you should take care of first. Here’s some basic steps followed by advice from some famous curators in the world of art today.

1. Go to school and study art/art history/museum studies. Then, go to school some more.

2. Go to a lot of art shows. Find out what style of art you like the most.

As a curator, you’re not expected to cover every aspect of art. Rather, since most curators are attached to some sort of institution, they focus on creating shows that hit their “sweet spots” of the art world, the stuff they specialize in. Find your focus, and become the most knowledgeable for it.

No curator started out with that job. They worked their way up by making connections and proving themselves. Do that. It’s not as hard as it sounds.

4. Consider being an independent curator. Or working with companies that work with museums.

The first option means museums hire you on a contract (not a salary) to design a single exhibit for them, or that you put together your own exhibits that you then sell on tours to several museums. The second option means that perhaps you work with the marketing business or the construction crew a museum outsources to. If you don’t see the benefit of that, re-read step 3.

Next, here’s two stats on the curation field that you might want to know about before you dive in head-first:

Lastly, let’s here from some of the most renowned curators out there:

Hans Ulrich Obrist, on what curators do:

“Today, curating as a profession means at least four things. It means to preserve, in the sense of safeguarding the heritage of art. It means to be the selector of new work. It means to connect to art history. And it means displaying or arranging the work. But it’s more than that. Before 1800, few people went to exhibitions. Now hundreds of millions of people visit them every year. It’s a mass medium and a ritual. The curator sets it up so that it becomes an extraordinary experience and not just illustrations or spatialised books.” (The Guardian)

Neville Wakefield, on what curators shouldn’t do:

“I’m probably one of those people who doesn’t know what [curating] is. I used to think that curating was about making phrases and sentences out of disparate artworks, but I don’t think it is that anymore. There are plenty of demonstrative curators who start off with a thesis and use other people’s material to essentially illustrate their ideas. Which is ghastly.” (VICE Magazine)

Shihoko Iida, on why she became a curator:

“Society, perhaps. I never thought about becoming a curator when I started studying art in an art university in Tokyo. Rather, my interest in contemporary art at the fundamental level lies more in a sociological context, like Pierre Bourdieu wrote. It could be found, for instance, in the relationship between the structure of the society and institution of art, or in the way in which a biennial operates in a city/region. I had an opportunity to be involved in an inauguration of Tokyo Opera City Art Gallery, which opened in 1999, and I was contracted to work there as an assistant curator and then eventually became a curator of the Gallery. ‘Eventually’ means that I gradually learnt about the responsibilities of working as a curator. Engagement with contemporary art means working with artists who live in the society with us. The various experiences in TOCAG made me realise this responsibility, and I thought at a point that there was no going back. It is my belief that a curator is not a fixed profession to be aimed at but a profession that is always in the process of becoming. A curator should respond to the society as it changes.” (Tokyo Art Beat)

Thelma Golden, on how art and curation creates global change:

“It is really in this sense of discovery that I have a new set of questions that I’m asking. This new set of questions is: What does it mean, right now, to be African-American in America? What can artwork say about this? Where can a museum exist as the place for us all to have this conversation? Really, most exciting about this is thinking about the energy and the excitement that young artists can bring. Their works for me are about, not always just simply about the aesthetic innovation that their minds imagine, that their visions create and put out there in the world, but more, perhaps, importantly, through the excitement of the community that they create as important voices that would allow us right now to understand our situation, as well as in the future. I am continually amazed by the way in which the subject of race can take itself in many places that we don’t imagine it should be. I am always amazed by the way in which artists are willing to do that in their work. It is why I look to art. It’s why I ask questions of art. It is why I make exhibitions.” (TED)

Check out other Behind the Brush articles here.