Have you ever imagined what you would do with five million dollars? I’d probably build this pool. 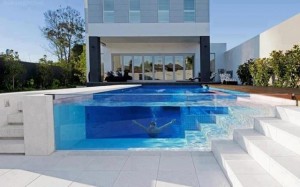 Or buy plane tickets to wherever this is. 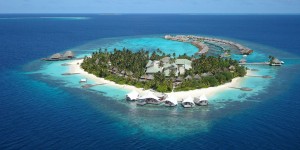 But enough about me.

The good news for you is that you no longer need to invent something really cool or become a famous celebrity to get boundless cash.

All you need to do is

Stolen in 1990 from the Isabella Stewart Gardner Museum (yes, that Isabella Stewart Gardner), The Storm on the Sea of Galilee by Dutch Renaissance master Rembrandt van Rijn, his only known seascape, still has not been found. How has this happened? The largest art theft in US history, with 13 paintings in total taken from the Boston museum in the early hours of March 18, remains an open case, but after 24 years, it is possible that the paintings are gone for good.

Here’s what we know.

Here’s what we don’t know. You’ll notice this is a longer list.

However, in May of this year, the FBI confirmed sightings of the painting by credible sources.

The case’s lead investigator Geoff Kelly also identified three people of interest in the case, though two are dead. It’s possible that the artwork is being held under a death grip of sorts, for trade only when a debt is paid off or a long-term trade is finally completed.

Though it’s unlikely that the case will be solved soon, you, with your watchful eye, should keep a lookout for the artwork! Who knows? It could be right under your nose. And if you turn it in, the US attorney has granted immunity from any potential charges. Can’t beat that, right?!

Sadly, the rate of recovery for stolen art is less than five percent. However, who knows? Both the Mona Lisa by Leonardo da Vinci and The Scream by Edvard Munch have been stolen and then found. Perhaps they aren’t the only high-profile artworks that can be found.

Until then, though, the frames of all the stolen artworks from the Gardner Museum remain hung in their original locations, waiting for their occupants to come home.

Interested in learning more about missing art? The FBI’s National Stolen Art File is a national registry of art listed as missing or lost in the United States and the world.