The second of a three-part series of three major art scandals. Check out Part 1 here, and come back here next Thursday to read part 3!

The Battleground: Christ with the Adulteress, by Vermeer… or is it? 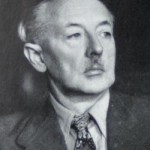 Han van Meegeren: While training to be an architect, van Meegeren discovered a love for art and began pursuing that passion. However, as his painting career started to take off, his personal life plummeted, becoming a heavy drinker and getting a divorce from his wife. As this happened, the quality of his works dropped, he raged against the art critic community in harsh newspaper articles as they called his work boring and unoirignal, and soon the art world lost all sympathy for him. Van Meegeren vowed to get even, and he caused quite a scandal by duping famed art critics in the process. 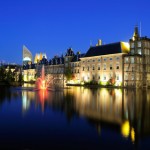 The Netherlands government: In the thick of World War Two, the government of the Netherlands, sided with the Allied Forces, couldn’t afford to risk any sort of rebellion amongst its citizens, so they prosecuted anyone who aligned with the Nazis, and especially punished art forgers who sold supposedly priceless and original Vermeer paintings, considered to be national treasures, to a very powerful German Nazi leader, Hermann Göring.

After van Meegeren’s fall, the narcissist decided to show that his work could rival that of the old Dutch masters to prove that he had been misjudged. This led to a series of forgeries of Hals, ter Borch, and de Hooch. However, his masterpiece was making a Vermeer, which he titled The Supper at Emmaus. When he revealed it to the public, one of the great art historians of the times, Abraham Bredius, declared:

“We have here—I am inclined to say—the masterpiece of Johannes Vermeer of Delft, quite different from all his other paintings and yet every inch a Vermeer. In no other picture by the great master of Delft do we find such sentiment, such a profound understanding of the Bible story—a sentiment so nobly human expressed through the medium of highest art.”

Van Meegeren sold the painting for what would be about eight million dollars today. Thrilled, he bought a mansion in France and proceeded to make more fakes. How was he so convincing? Well, he thought out everything:

How was van Meegeren caught then? Believe it or not, he confessed! Van Meegeren probably would have gotten away with it, if it hadn’t been for one mistake: he sold Christ with the Adulteress to Nazi leader Hermann Göring, and when the Dutch government discovered this, they put him on trial for collaborating with the enemy, a crime punishable by life imprisonment or even death.

When it came to defend himself, van Meegeren admitted everything, but no one believed him. How did he prove his innocence? Under surveillance of the court, van Meegeren painted his last forgery, a Vermeer-style painting called Jesus Among the Doctors. Once he proved his capabilities, experts examined his other fakes, and the rest of his scheme unfolded. The charges of collaboration were dismissed, replaced with charges of forgery.

Well, van Meegeren got caught, so it’s safe to say he’s not a winner. However, he also isn’t a complete loser. He was only sentenced to one year in prison for his forgeries, and he never actually served a single night of his sentence: sadly, he died of a heart attack on December 30, 1947.

In fact, van Meegeren might be considered a hero of sorts: when he sold his painting to Göring, he gave it in exchange for 137 paintings Göring had unlawfully seized from the Dutch people. He certainly considered himself a hero for this, saying in court

“How could a person demonstrate his patriotism, his love of Holland more than I did by conning the great enemy of the Dutch people?”

And lastly, in a real ironic twist, van Meegeren’s paintings have become the victims of forgers themselves, with guidelines even now established as to how to tell if a painting is a true van Meegeren.

If you ask me, this guy sounds a lot like another nobody who became good at a secret criminal skill and then ended up duping everyone and earning millions in the process. Just saying….. #Heisenberg 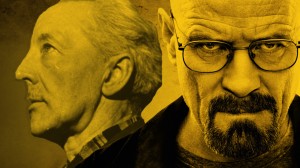 Can’t get enough? Check out this video for more information about Han van Meegeren.

So what do you think? Was van Meegeren a hero or a villain? Both? Let us know in the comments!